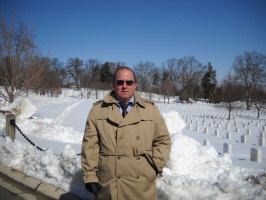 In 1983, he began working part-time as a Marine Investigator for Royston, Rayzor, Vickery & Williams in Brownsville, Texas.  In June of 1985, after graduating with a Bachelor of Science degree in Criminal Justice, he was offered a full time position in the firm's Brownsville office.  His case load involved a heavy interest in Admiralty and Maritime investigations including personal injury cases, U.S. Coast Guard regulatory violations,  vessel stowaways, collisions, oil spill and death investigations.  After being transferred to the Corpus Christi office, Mr. Tenore was designated as a regional investigator, assisting the lawyers in the Houston and Galveston offices.

On May 1, 2016, Mr. Tenore joined HERRMAN & HERRMAN PLLC, Corpus Christi,  part-time, as their in-house Senior Investigator. While based in the Corpus Christi home office,  he assisted their satelite offices in  Brownsville, McAllen and San Antonio.  In November of 2020,  Mr. Tenore resigned from HERRMAN & HERRMAN PLLC to continue his full-time practice with TENORE INVESTIGATIONS.

Where to Find Us:

Now you can find current information about our services online.